WHY ELITE ATHLETES TV? "When you love to compete you're always trying to improve your game. That's why I coach at EliteAthletesTV.com. To help young QB's perform at their highest level. Whether you're just starting out or have years of experience the drills, skills, techniques and insights that I coach will help you take your game to the Elite level. I have over 30 years of football experience, including a Pac-10 Offensive MVP, 3 Bowl championships and a World Championship and I want to teach you the tools it takes to succeed." - Mike Pawlawski 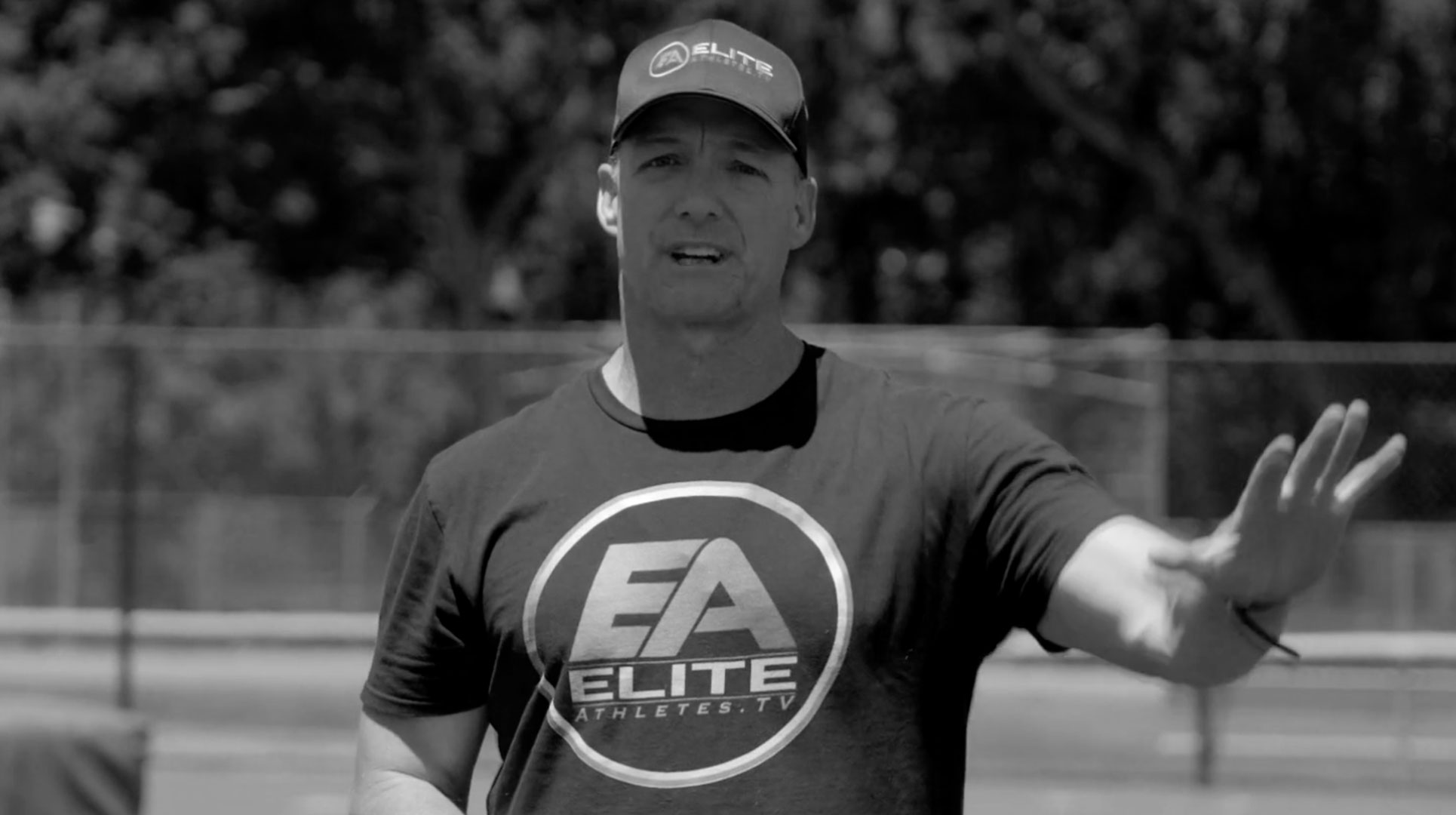 Early Career
Los Angeles born Elite Athletes TV Coach Pawlawski was a multiple sport player as he grew up and played for Troy High School in Fullerton, CA. He was recruited for his talent on the football field, but Pawlawski not only played football but had talent in baseball as well. Knowing from the age of eight he wanted to play professional sports. Football was the direction he took as University of California Berkley coaches recruited him to play college football with the Golden Bears in 1987 as a redshirt freshman.
‍
Collegiate Background
Pawlawski proved himself to be a winner in Berkeley by posting Cal’s highest winning percentage for quarterbacks of the modern era. He also led the Bears to bowl games in each of his two seasons as a starter in 1990 and ’91. As a junior and first year starter for the Bears in 1990 he led Cal to a 7-4-1 mark, and a win in the 1990 Copper Bowl. The following season as a senior, he won Pac-10 Co-Offensive Player of the Year accolades after leading the Bears to a 10-2 record and No. 7 national ranking – the school’s best mark in 41 years. During his senior campaign Pawlawski completed 60.4 percent of his passes for 2,517 yards and 21 touchdowns (a school record) The Bears culminated that season with a 37-13 win in the 1992 Citrus Bowl on New Year's Day. For his effort Coach P earned the Citrus Bowl MVP to cap his ‘91 season and collegiate career, concluding his career with a 17-6-1 record as a starting quarterback.  He also went on to win the Shrine Game (college all-stars) MVP in the spring of 1992.
‍
Professional Background
After a stand-out career at Cal, Pawlawski entered the 1992 NFL draft, where he was selected by the Tampa Bay Buccaneers.  After spending '92 and '93 in the NFL Coach P joined the Baltimore Stallions, a new expansion team in the CFL, for camp in ’94 and also played for the Shreveport Pirates (CFL) in '95.  In 1995 he also made his first appearance in the Arena Football League as quarterback for the Miami Hooters and San Jose Sabercats. In 1996 he found a home with the Albany Firebirds (AFL) where he played through the 2000 season.
‍
Pawlawski broke or tied  several AFL records for single-season and career completion percentages, TD's in a single game as well as holding the highest all-time quarterback rating in league history during his career. In 2001 Pawlawski was named to the Arena Football 15th Anniversary Team (2nd team) along with fellow AFL QB's Kurt Warner (1st team) and Jay Gruden (also 2nd team).  To earn that honor he led the Firebirds to the AFL championship in 1999.  That team was later named the greatest team of all-time. During the course of his career in the AFL Pawlawski threw for 16,673 yards and 303 touchdowns.  He also has the distinction of throwing 10 TD's in a single game on multiple occasions and leading the league in passer rating every year as a starting QB.
‍
Pawlawski became the quarterback for the San Francisco Demons of the controversial XFL, only one of three opening day starting quarterbacks in the league to finish the season with their original team as the starter. Once again Pawlawski proved that he knew how to win by guiding the  Demons to a post season berth where they beat the Orlando Rage to play in the “Million Dollar Game" against the Los Angeles Extreme.  That game has the distinction of being the XFL’s first championship and final game. Coach Pawlawski's playing experience was diverse and he has several championship rings to prove his expertise on the football field.
‍
Throughout his professional career Pawlawski was a vocal leader for players and a player advocate during his career with the AFL. This brought him notoriety as a sounding board for other players, with the press and with team management. His ability to articulate in front of the camera and with the press brought him an opportunity to kick-off a career in broadcast with NBC Sports where he was an analyst and specialty commentator. Pawlawski has also been a broadcaster nationally for college football on Fox Sports, ABC, Comcast SportsNet, HD Network and Fox Sports Net.  Currently, he is the color commentator for Cal Football.
‍
Coaching Background
Since 2001 Coach Pawlawski has been active in coaching potential recruits to collegiate level sports and has coached several sports at the high school level. As you would expect, he is especially adept as a QB analyst, pinpointing player potential and helping identify a player’s capabilities and areas for improvement.  Talent is one element of the player, but Coach Pawlawski states that hard work, showing up, repetition and learning from those that have been there will take talent to the next level.
‍
Titles & Accomplishments
Elite Athletes TV Coach Pawlawski accomplishments include AFL's Second Team 15th Anniversary Team (2001), First Team All-Arena (1999), Second Team All-Arena (2001), Pac-10 Offensive Player of the Year (1991), California Athletic Hall of Fame (2001 first year eligible).
‍
Today
Coach Pawlawski lives in northern California with his wife Suzanne and high school and college age children. He is the owner of Pawlawski Sports, LLC (a California based TV production company), the  host of Gridiron Outdoors and color commentator for Cal football. He is also the creator and President of Elite Athletes TV. As a parent, coach and, at one time, a student athlete himself, he wanted to create an effective and accessible platform to help young athletes hone their skills at their specific sport(s). As a leader from high school to college and throughout his professional career, helping teammates and other athletes has always been a passion for Coach P. Through the development of eA.TV the idea of helping world class athletes and veteran coaches create workouts, drills, motivational content and practice plans to help student

"For me there is no better position in any sport than Quarterback. To be truly great though, there's a lot to learn.  I am here to help you master the skills that will take your game to the Elite level. With over thirty years of Football experience I have seen it all and I know the difference between what just sounds good and what actually works. I've developed a program for you to show you what you need to know and how to be a true field general at  EliteAthletesTV.com. So quit searching and start winning. Now let's get to work!." - Mike Pawlawski