WHY ELITE ATHLETES TV? "I’ve been coaching college soccer for 33 years. The best players I’ve
coached had great skill but even better work ethic. That’s why I’m coaching at Elite Athletes TV. To develop young players  and teach them the tools they need to achieve great success" 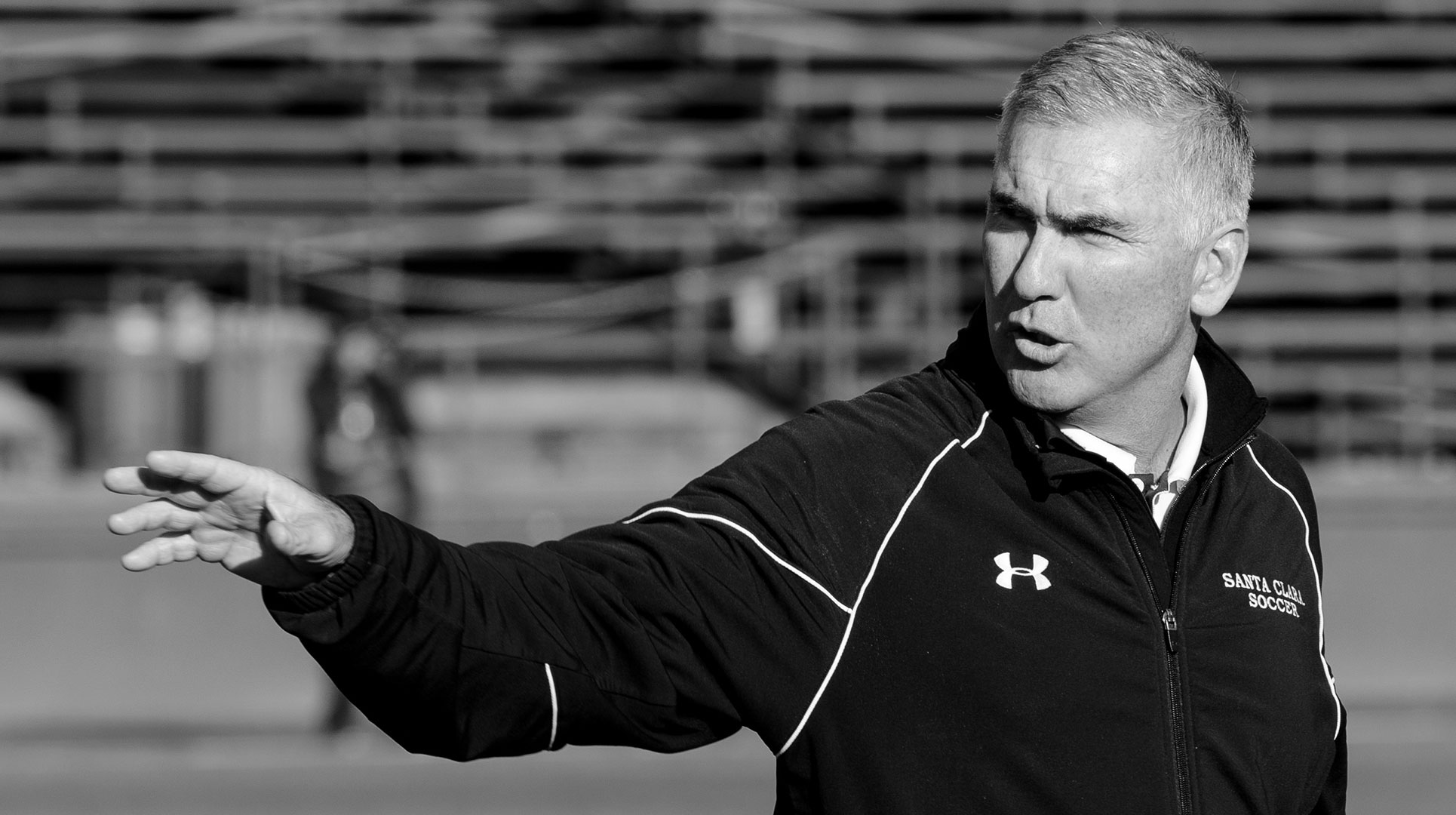 Early Career
Jerry Smith boasts over 30 years of coaching experience at every level of competitive soccer. He kicked off his career in 1980 at his alma mater Homestead High School in Cupertino. From there he went on to Foothill College where he served as men’s assistant coach until 1986.  In 1987 the opportunity arose for Jerry to take over the reigns as head coach the Foothill College women’s soccer team and he thrived in the position. In 1987 he also completed his bachelor’s degree in kinesiology from California State University, Hayward.

Collegiate Coaching Career
In 1987, based on his success at the JC level Coach Smith kicked off his tenure at Santa Clara University where he has remained ever since. As the Bronco’s head coach he has racked up a jaw-dropping 475 wins, and coached multiple teams to conference titles.  In fact, the Broncos can boast 10 separate West Coast Conference banners under Smith’s leadership. As if that weren’t enough, with Coach Smith at the helm, Santa Clara has made 24 NCAA tournament appearances, 10 final four showings and brought home the Bronco’s first NCAA Division I Women’s Soccer Championship in

Coaching Style
While for some coaches wins are the ultimate goal, for Coach Smith winning is a product of the amazing culture that he has forged within his program. Over the course of his career Smith has developed the ability to teach players individually while coaching his team in its entirety. Through this unique dual pronged approach Smith has created a system to build cohesive units with a singular goal while also developing and empowering individual players.  While lineups and strategy are important, as part of his coaching regimen Coach Smith created a leadership training program for players to boost their confidence and impart tools to help his players increase in-game awareness. To improve communication on his squad he incorporates a reporting structure amongst the players, assistant coaches and staff to make sure all points of view are heard prior to every practice. Communication and constant feedback are keystones for Smith and a major part of the Bronco’s success.

Today
Smith remains the head coach at Santa Clara University and when he is not busy getting the Bronco’s ready for competition, speaking at clinics or coaching youth camps, he spends his time with his wife and fellow EA-TV Soccer Coach Brandi Chastain and family at home in the Bay Area.