WHY ELITE ATHLETES TV? "When you want to excel in your sport, it is important to be mindful in the way you train. I love to approach training with a plan. First focus on great technique, and second put yourself in game situations to train those skills. I chose to work with EliteAthletesTv because they are dedicated to providing athletes anywhere and everywhere, with drills and workouts to get better on their own. In the sport of beach volleyball, it is not that easy to find high level coaching, but here, you can find drills, and workouts to improve your game!" - Holly McPeak 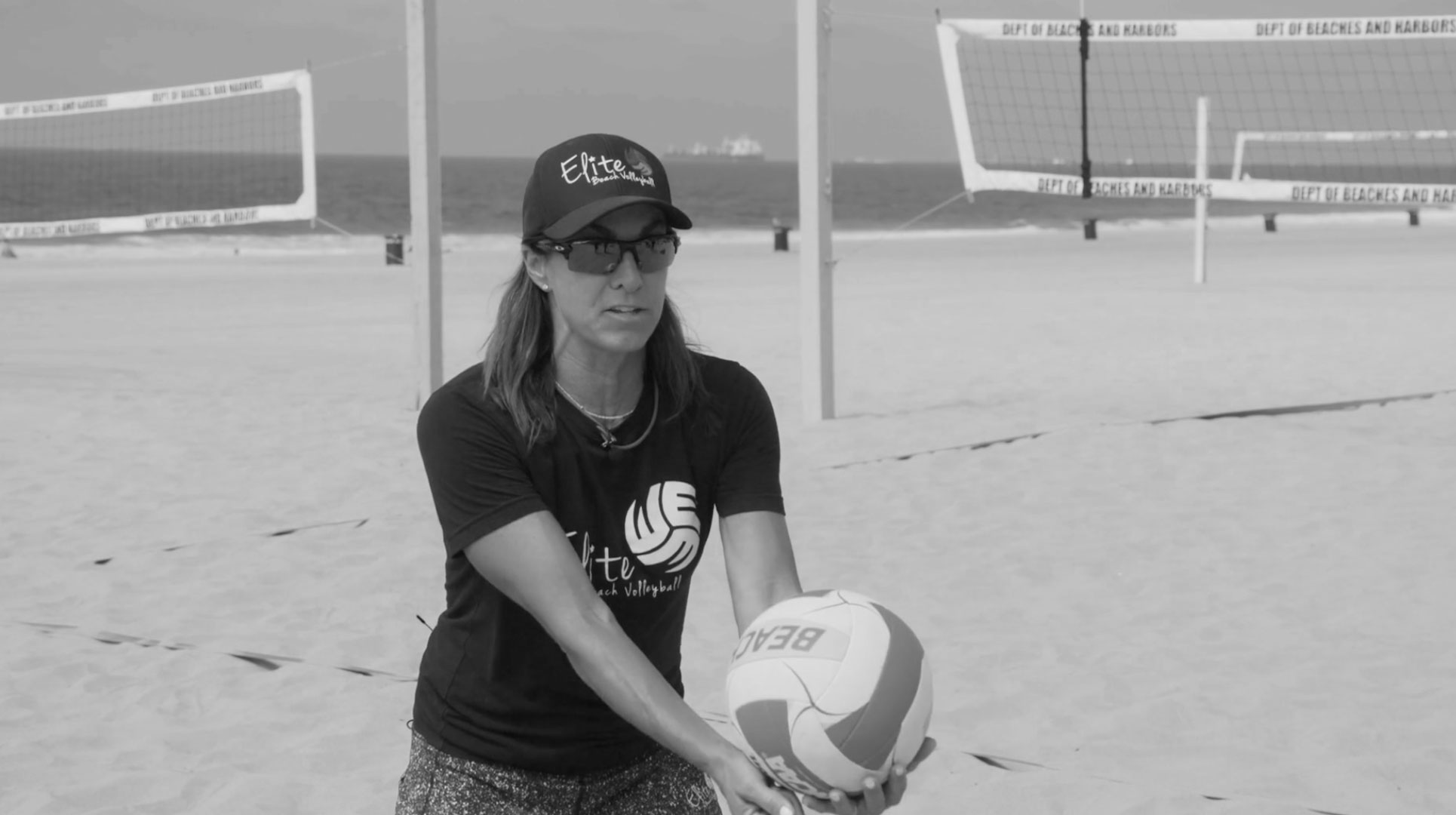 Early Career
McPeak was born and raised in Manhattan Beach, California. Attending Mira Costa High School. While there she was a member of two high school championship volleyball teams. During her junior and senior campaigns McPeak’s team dominated with a 62-1 record.

Collegiate Background
Based on her High School success McPeak earned a full-ride athletic scholarship to the University of California, Berkeley where she played competitively in the PAC-10 conference. McPeak’s gift for the game was apparent from the start, earning Pac-10 freshman of the year honors for women’s volleyball.  Holly led the Bears to playoff berths all three seasons at Cal. Her   senior year, McPeak chose to transfer closer to home where she finished out her collegiate career at UCLA.  Her winning ways continued as a Bruin as she helped the team earn an NCAA National Championship. McPeak’s impact on the team was immediate. With almost 2,200 assists (a school record)  she led the Bruins to a 36-1 season, the best performance in school history.For her efforts she earned 1st team All-Tournament, 1st team All-Conference and 1st team all Pacific Region honors .

Professional Background
Her youth spent on the sands of the Southern California coast, Elite Athletes TV coach McPeak was naturally drawn to beach volleyball. She played throughout high school and college, and even made pro at the age of 18.  That season she earned WPVA rookie of the year honors.  In 1993 McPeak won her first tournament, the Phoenix Open, after which she turned up the heat on the sand and proceeded to win 11  titles in 16 events on the Pro tour. With multiple Pro wins under her belt McPeak’s competitive spirit brought her to the Olympics not just once but three times, 1996, 2000 and 2004. In 2004 she brought home the Bronze Medal for Team USA.

Coaching Background
McPeak, known for her defensive prowess and work ethic, has translated those skills to developing young students into elite young athletes both on the court and the sand. As Owner of the Elite Beach Volleyball Club and Coach of the USA Elite Development Program she has the ability to demonstrate, explain and translate techniques and skills in complete workout format and individual drills. The workouts she designs on EA.Tv along with  her legendary work ethic offer a roadmap for wins and success both on and off the court.

Today
McPeak resides in Southern California with family and is active in the volleyball Pro Tour and is a sports commentator for multiple on air networks and now a founding coach for Elite Athletes TV.

"Practice is such an important element of preparing yourself as an athlete to succeed! I really enjoyed practice because I knew it was an opportunity to improve and work on my weaknesses. On EliteAthletesTv, you can find a huge variety of drills to do by yourself or with a partner, to train the important touches that you need to excel in beach volleyball. If you are a coach and new to the sport, you can learn some different drills, and give yourself more tools to help your athletes. Having the right practice plan can help everyone excel and enjoy the process!" - Holly McPeak