WHY ELITE ATHLETES TV? "I love Soccer and I want you to love the game as much as I do! That's why I'm coaching at Elite Athletes TV. When you learn the drills, skills and techniques I coach on our site, you will improve in a hurry. The better you play, the more you'll love the game.  When you are having fun playing you'll be more likely  to take your game to the Elite level." - Brandi Chastain 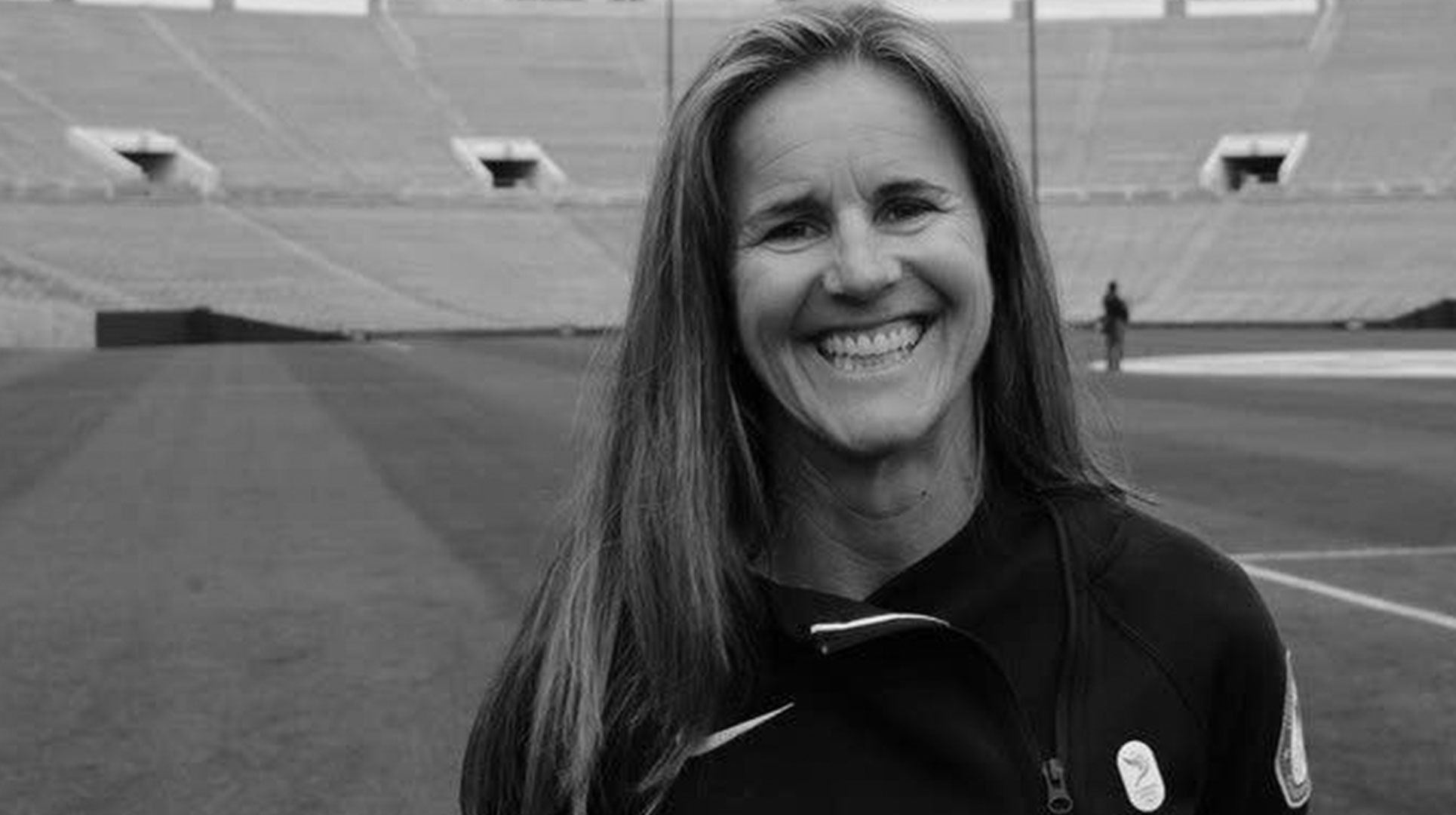 Early Career
‍Chastain was born and raised in San Jose, California and began playing soccer when she was 8. With no girls’ soccer team for her to play on she played on the junior high boys’ team. Chastain attended Archbishop Mitty High School and helped lead the team to three consecutive state championships.

‍Collegiate Career
‍The Bay Area native who played collegiately at both Cal and Stanford, Chastain was Soccer America’s Freshman of the Year in 1986 at Cal. After transferring to Santa Clara in 1989, she led the Broncos to a pair of national semi-final finishes while totaling 32 goals and earning ISAA National Collegiate Player of the Year honors.

‍World Cup and Professional Career
‍Chastain made her first appearance with the U.S. National Team in 1986 and was a member of the FIFA Women’s World Cup Championship squad in 1991. She also helped bring home the first-ever Olympic women’s soccer gold medal in 1996 (playing every minute in all five of the U.S. team’s matches), a second World Cup crown in 1999, and a silver medal at the 2000 Olympics in Sydney. In all, Chastain appeared in 192 matches for the US National team, starting 160 times, while scoring 30 goals and adding 26 assists.

Brandi Chastain, who helped lead the United States to its second Women’s World Cup title by scoring the decisive penalty kick against China in the 1999 championship match —and peeling off her jersey in celebration—has joined the roster of prominent players and coaches who will serve as on-line coaches for Elite Athletes TV.

Chastain has also played professionally in Japan in 1993, with the San Jose CyberRays of the Women’s United Soccer Association from 2001-03, and with FC Gold Pride in Women’s Professional Soccer at the age of 40 in 2009.

‍Today
‍Chastain has been an assistant coach at Santa Clara since 1994. She also is a commentator for women’s soccer on various networks like NBC, ESPN, MLS and for the Olympics. When not traveling and coaching she spends time with her family in the Bay Area with her Husband EA-TV Soccer Coach Jerry Smith and their children.

"Whether you play forward, midfield, backfield, or in the net Soccer is a great game. If your goal is to become an Elite Athlete on the field, though, you need a plan. That's what I've developed for you at EliteAthletesTV.com. I've created instructional content and insights from my years of Olympic and World Cup experience. On top of that I've put together a plan that includes lessons, drills, and techniques to help you improve quickly. When you play well, the game is more fun.  So come check me out at EliteAthletesTV.com and take your game to the Elite Level." - Brandi Chastain